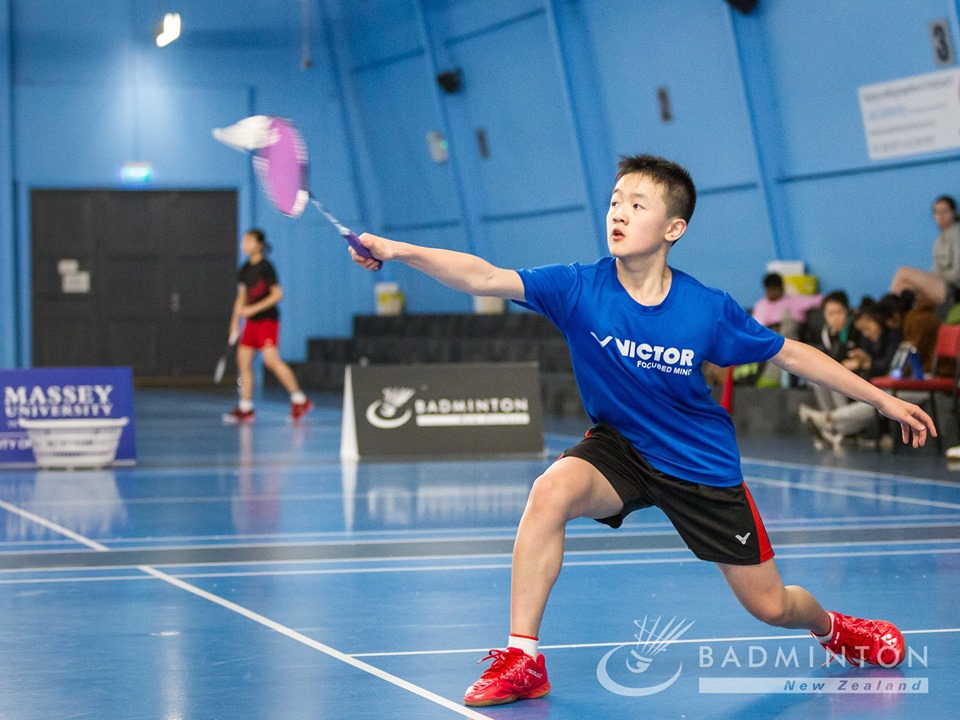 Daniel has been playing competitive badminton for four years and this remarkable success marks the high point of his athletic career so far. Representing Auckland at the event, he encountered some formidable opponents on the court throughout the four-day competition, and believes the Singles final was his toughest contest to date.

“The Boys Under 15 Singles finals was the most challenging aspect of the tournament due to my opponent being physically stronger than me” Daniel reports. “I think I won most of my points by controlling the pace of the rallies as well as taking control of the net.”

A huge fan of the game, Daniel explains how he enjoys his time on court, regardless of whether he’s competing or simply practising the basics.

“I enjoy learning new techniques as well as polishing existing ones. Moving around the court and retrieving the shuttle is enjoyable for me. The badminton community is very nice. The coaches, as well as the players, are all very supportive.”

This talented athlete has his eyes firmly set on the future and believes his current success will help prepare him for upcoming pursuits. With plans to develop and extend his badminton skills, Daniel advises that his next sporting goal is to win the Under 17s National Title. “I don’t plan on stopping badminton anytime soon” he says.