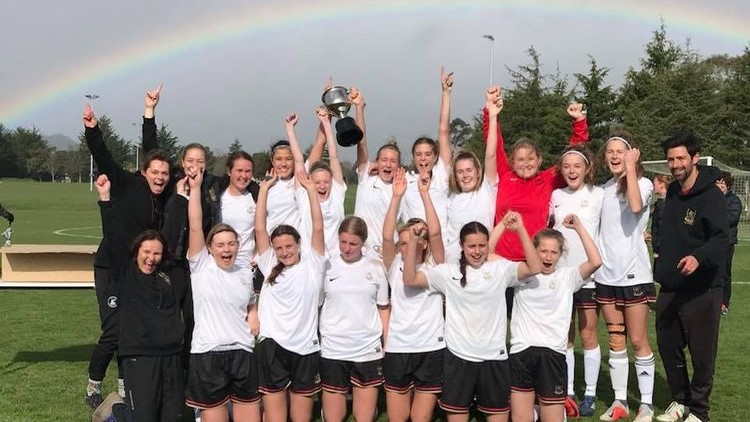 A long season of hard-work and dedication paid off for the Baradene First XI on Saturday, winning the NZSS Girls Premier Lotto tournament in Taupo.

“When the final whistle blew in the final, the girls were just ecstatic,” said team manager Bernadette Goulding. “This was the first time Baradene had been in a national final and to win it for the first time was special for the players and everyone involved.”

What set Baradene apart from the other 31 teams at Taupo?

“We have a star team, not a team of stars,” said Bernadette. “Hannah Pilley had a great tournament, getting our MVP and winning the tournament Golden Boot [joint with Natalie Ohlson from WEGC], while year 10 player Prue Catton and year 11 Petra Buyck and year 13 Olivia Gordon were three other consistent players for us all week. But overall all the girls played out of their skins and played well together.”

The College Sport Auckland Kilikiti Tournament that was rescheduled for Thursday 8 April at Avondale Racecourse has been cancelled. The event was postponed due to Alert Level changes earlier this term and...
31 March 2021

The College Sport Auckland Tennis Championships Day 1 (scheduled for Thursday 1 April) has been postponed due to the weather forecast. Day 1 of this tournament will now be held on Thursday...