Oscar Guo has been named to the New Zealand team for the Buenos Aires 2018 Youth Olympic Games.

The 17 year old was selected following strong results at international events early in the year, including the Men’s Singles title at the North Harbour International – his first international title at a senior level.

The Westlake Boys’ High School student was ranked 12th on the Badminton World Federation Junior World Ranking List for the Youth Olympic Games and will compete in the men’s singles event and the mixed team event, where he will team up with other youth athletes from around the world.

Guo says he’s looking forward to the Youth Olympic Games and plans to learn a lot from the experience.

“I’m excited to represent New Zealand at the highest level. I hope to perform well on the world stage and put New Zealand on the map.

“I have a long preparation over the next 5 months so I’ll be working hard with our National Coach to peak at the games.”

He began playing the sport at just four years old.

“I was always at the badminton hall as a child as my parents played a lot. It wasn’t long before I picked up a racket too.”

“We are very proud of Oscar’s achievement. He is a dedicated player who trains and competes exceptionally hard.

“His selection is well-earned, and we have no doubt that Oscar will deliver his best performance in Buenos Aires.”

The Youth Olympic Games is a pre-elite development opportunity for the world’s most promising young athletes. Buenos Aires 2018 will allow young athletes to experience a multi-sport games environment while exposing them to learning and cultural opportunities. The Games will better prepare them for the world of sport and help them on the performance pathway. 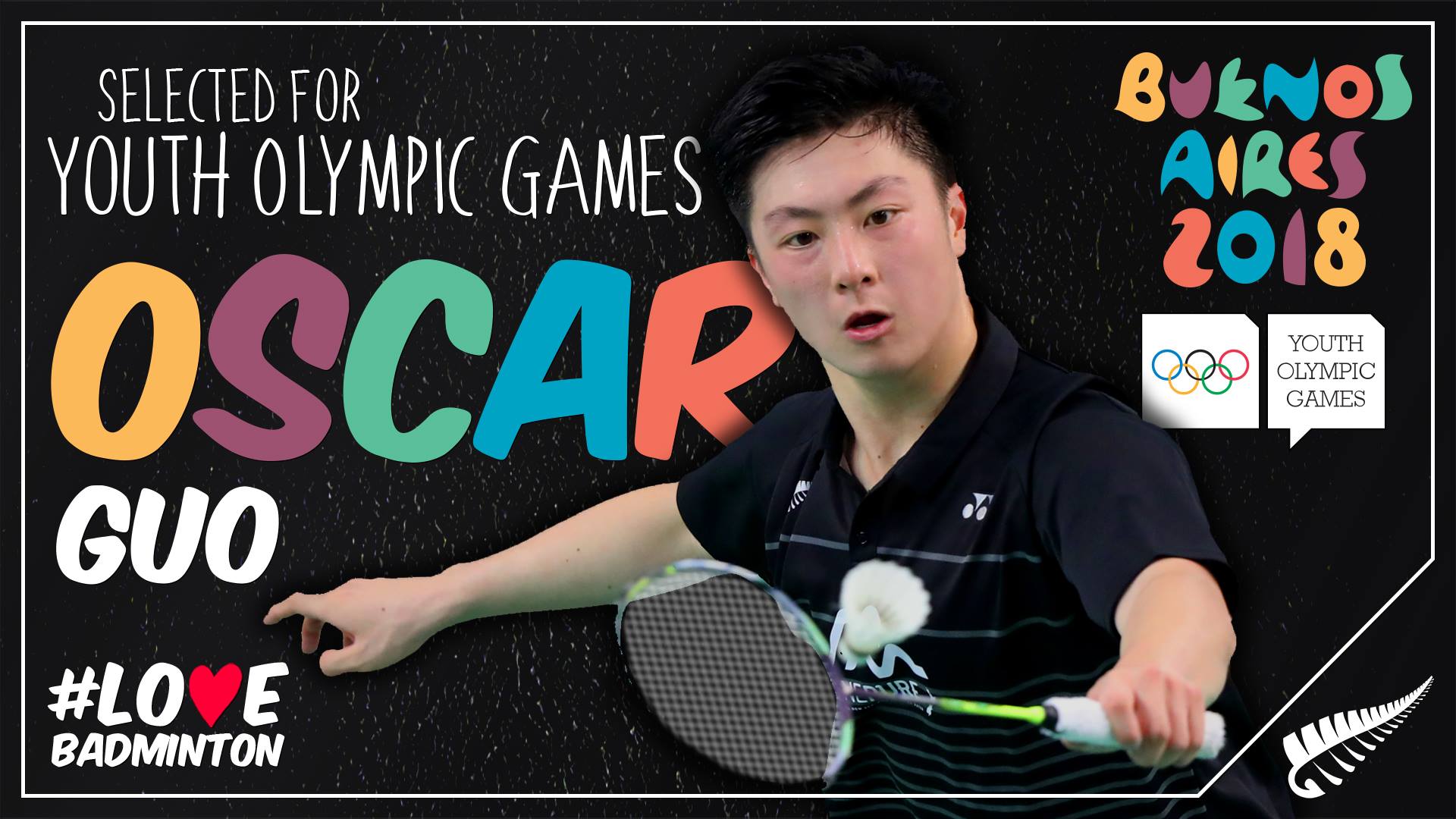