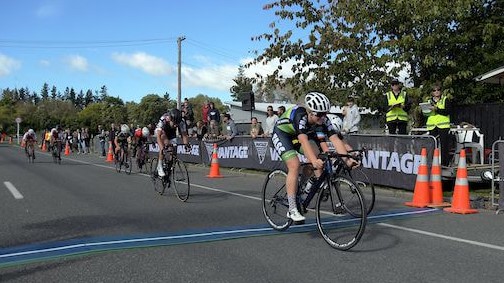 “I’ve kind of just narrowed it down to cycling now, so I can focus on that,” responds Prudence Fowler when asked for her preference of choice of sports.

After all, the year 11 Diocesan School for Girls athlete has competed in swimming, triathlon, water polo and rowing to a high level. Last year she was in crews that finished fourth and seventh respectively in Coxed Four and Coxed Eight Maadi Cup A Finals and she was the Dio’s U15 Rower of the Year.

“I have played three or four sports and I like them all, but I for now I’m concentrating on cycling.”

For good reason too.

Backing up her win last year in the U15 category, Prudence didn’t just win the opening day time 15km trial, she thrashed the rest of the 19-strong U17 girls field – winning by 42 seconds.