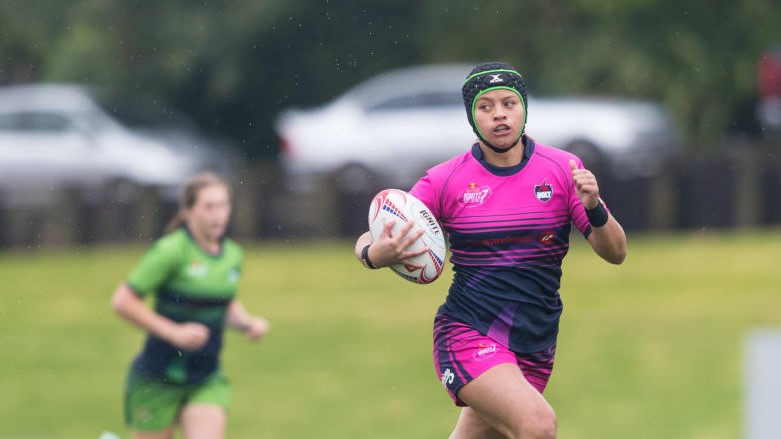 Given her name by parents who saw her as a gift from heaven, Princess Elliot looks to also have been blessed with celestial talents on the sports field.

The 18-year-old, whose family moved from Kawerau so she could play elite school netball in Auckland, has now changed direction to become one of the most promising young rugby players in the country.

Her childhood dream to become “a Silver Fern, a doctor and a singer” has changed to becoming a Black Ferns Sevens star.

It’s all happened in a flash for the young speedster – who played her first game of sevens last year, and her first rugby 15s match this year.

And she didn’t debut with just any team – the Mt Albert Grammar School student has become a regular on the wing for the Auckland Storm in the Farah Palmer Cup premiership, and this weekend will play in the final against defending champs Canterbury.