The ‘AA’ Basketball champions were crowned at the 2019 Schick Secondary Schools National Championships in Palmerston North on Saturday.

The powerful presence of Shalom Broughton proved to be the difference as Saint Kentigern College defeated Rosmini College 77-51 for their maiden ‘AA’ title.

The power forward put together a colossal performance, corralling 23 rebounds in addition to 24 points and 6 assists. He was ably supported by Levick Kerr (19 points and 8 rebounds), the pair were key in St Kent’s dominating the boards 62-31.

“Shalom was a man on a mission, an unbelievable kid and I’m so happy for him.

“What an effort at this tournament, he wasn’t 100% going into this one but he gave it everything.”

In a sign of things to come, Broughton made the opening basket of the game and when he got to the free-throw line at the mid-point of the first quarter Saint Kentigern were 11-4 to the good and Rosmini Coach Matt Lacey needed a timeout.

Reihana Maxwell-Topia scored five points for Rosmini but Levick Kerr and Broughton added to their tally, as Saint Kentigern took a 21-11 lead going into the first break.

Reimar Cruz, a spark off the bench all week for Rosmini, scored from beyond the arc but Martin Gan and Kazlo Evans answered in kind as St Kent’s buffer stretched out to 13.

Thomas Morgan and Maxwell-Topia put points on the board for Rosmini before Alex McNaught and Elliot Watson scored in transition. The St Kent’s ‘Saints’ ahead of the Rosmini ‘Saints’ 37-20 at half-time.

Maxwell-Topia scored six points in the first five minutes after the interval to reduce the deficit to 12 points and when Taine Murray made a triple it was Young that needed a timeout with his team’s lead reduced to just six points (40-34).

A Cruz three made the Rosmini run 13-0, but Broughton brought relief for the vociferous St Kent’s supporters with an inside basket.

Kerr scored the last points of the quarter to give St Kent’s a 45-39 lead entering the final 10 minutes.

Kerr, Broughton, McNaught and Evans gave St Kent’s a 14-4 start to the fourth quarter and the Doug Harford Trophy appeared to be heading across the Harbour Bridge.

Back-to-back baskets from Jayden Boucher stalled the St Kent’s progress, but another Broughton power play put St Kent’s ahead 67-47 with under four minutes to play.

“I’m just so proud of our group,” said Young.

“From day one they have committed to everything I had planned for them this year. I told them we are going to become national champions but I don’t know if they really believed that but as the season went on they committed to that goal. 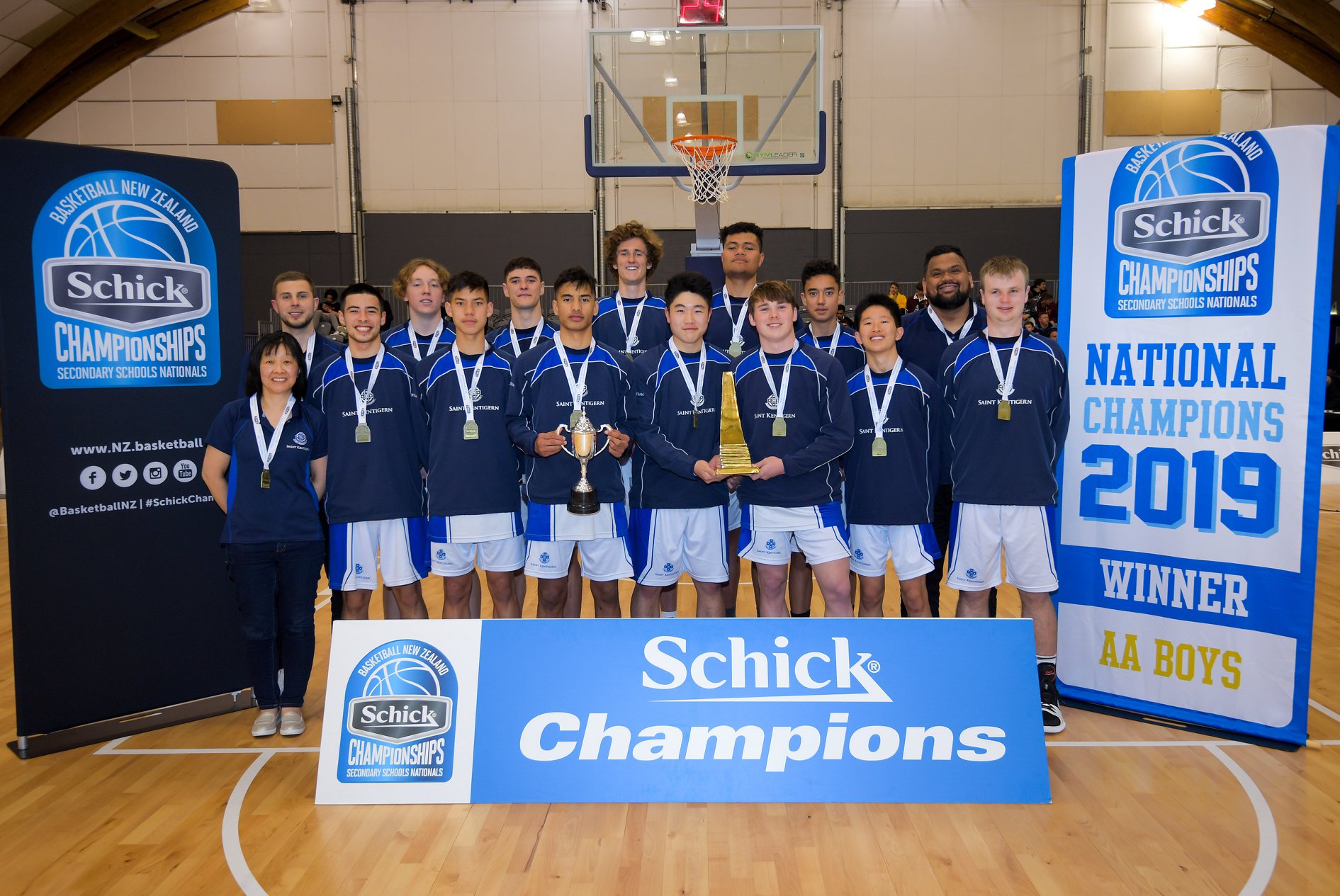 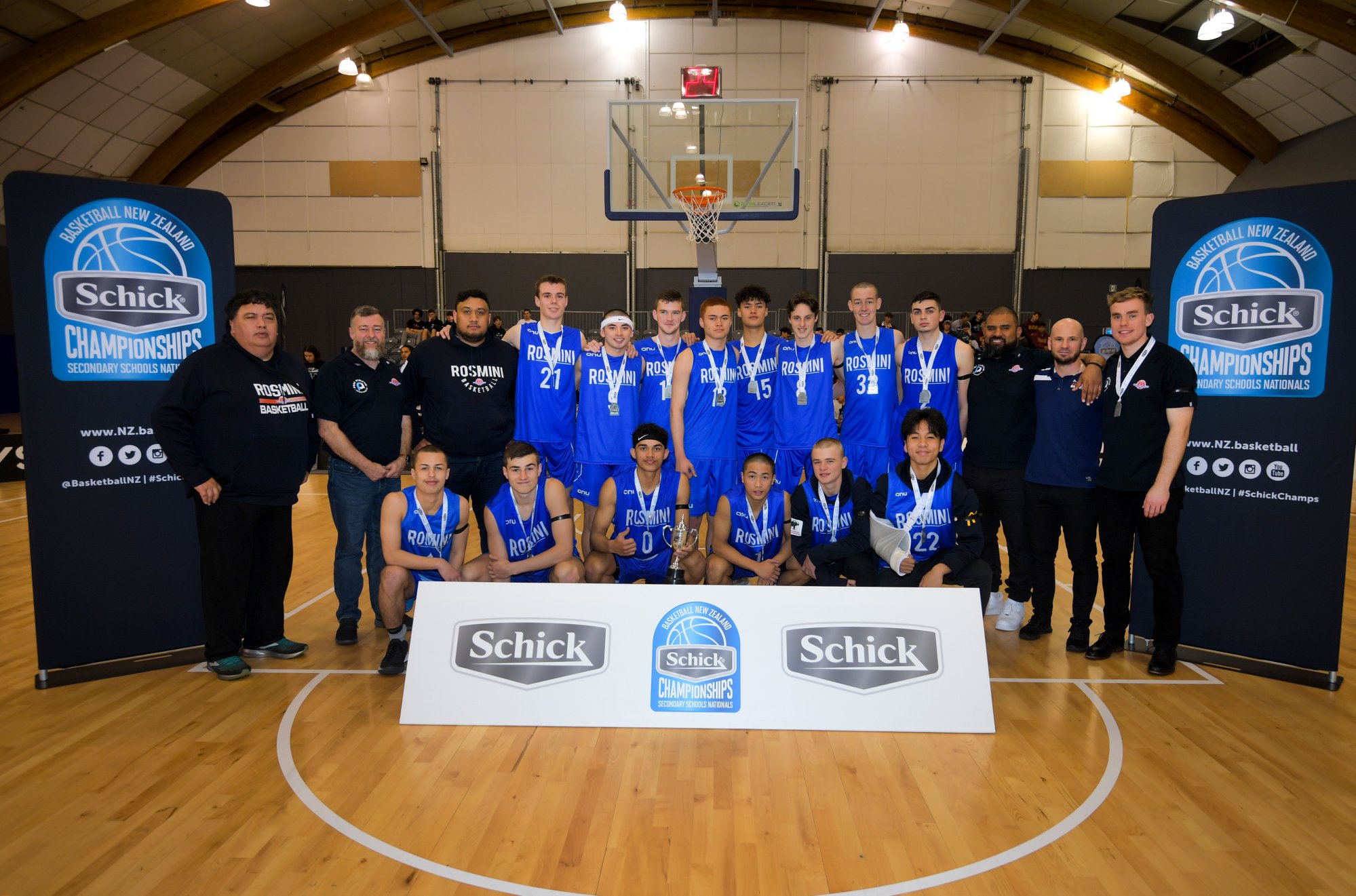 Mt Albert Grammar finished in third place after defeating Cashmere High School, matching the effort of their 2017 team. Guard Sataan Tawera was the only survivor from the previous bronze medal-winning team. Forward Nate Wilson was named to the Tournament Team after averaging 16 points per game. 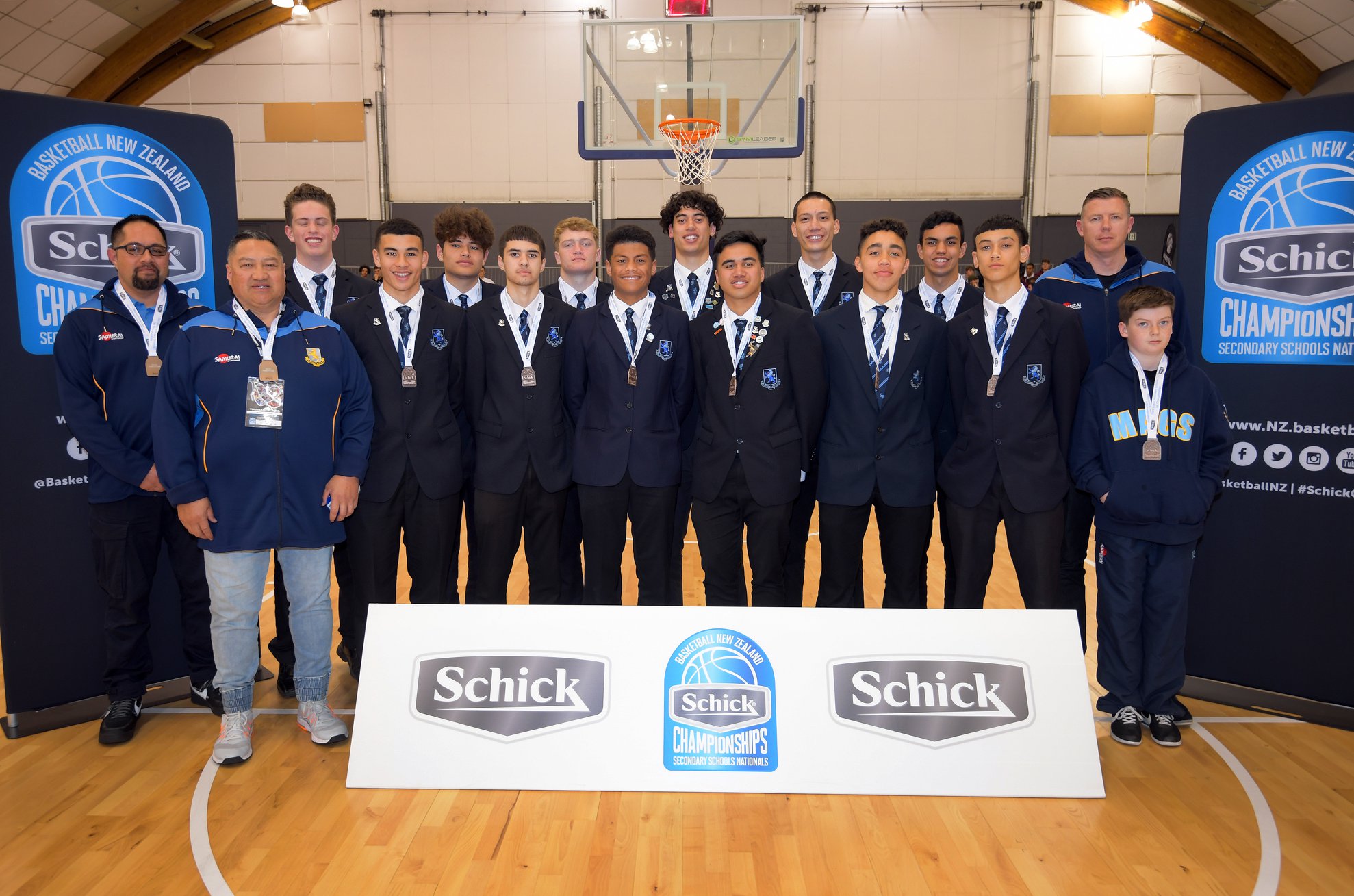 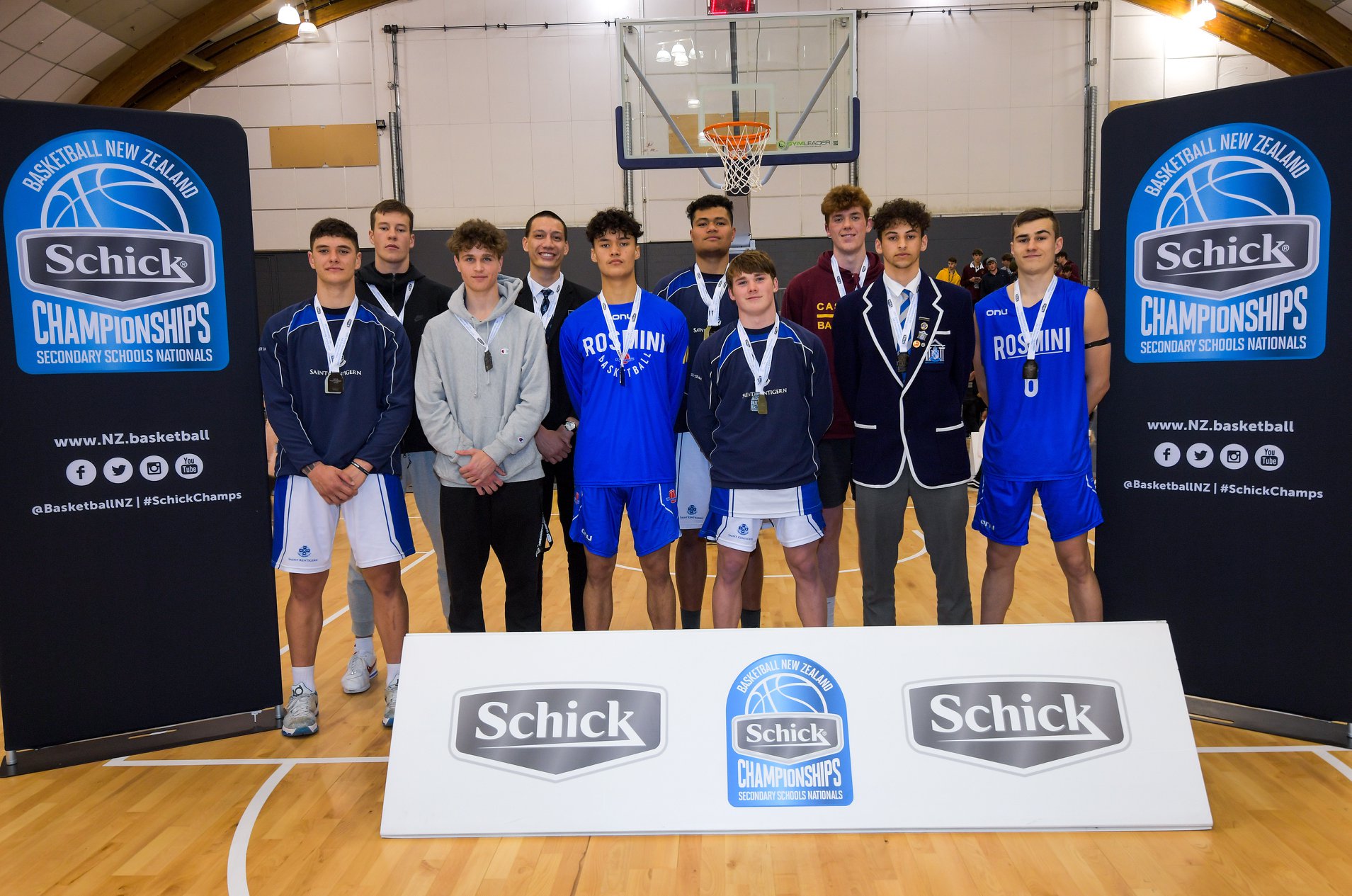 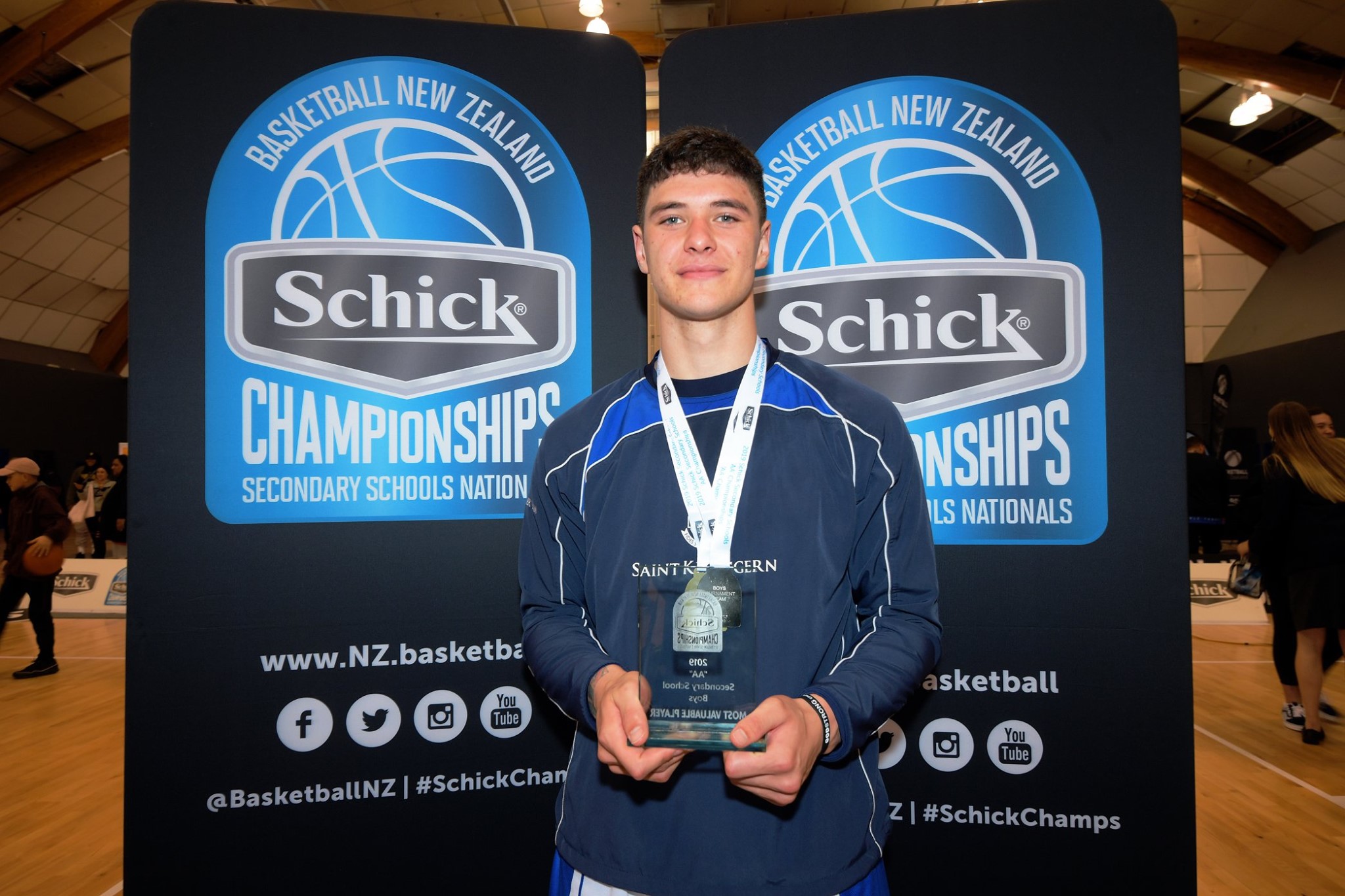 St Mary’s College, Ponsonby won the first ‘Battle of the Bridge’ to claim bronze, their best-ever finish at the Schick Championships. Beaten 70-64, Westlake Girls’ High School had to settle for fourth spot, one place lower than what they achieved in 2018.

St Mary’s forward Jazz Kailahi-Fulu had the personal satisfaction of finishing third-highest scorer at the tournament, averaging 23.8 points per game. Kailahi-Fulu and Emme Shearer were both named to the Girls’ Tournament Team. 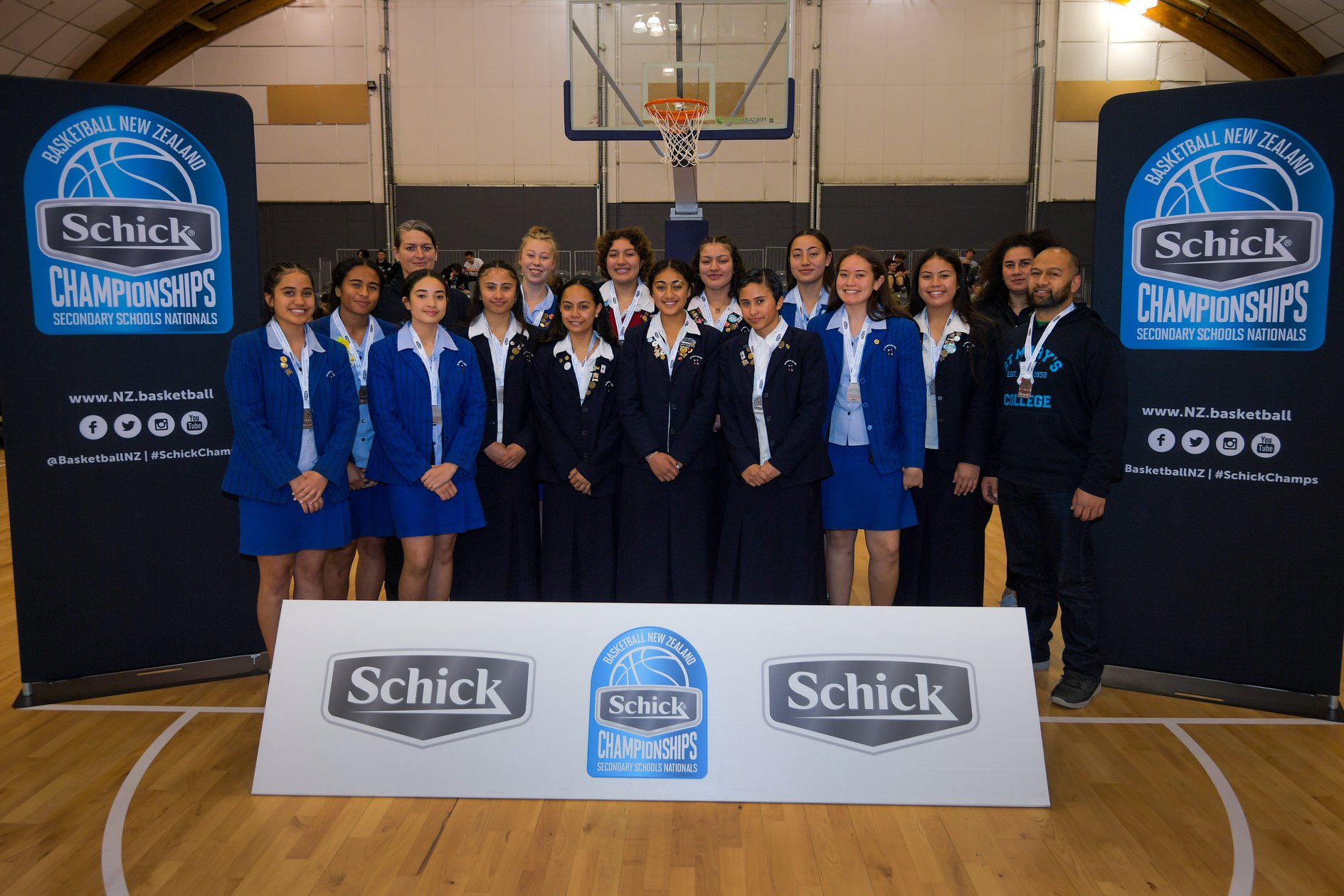 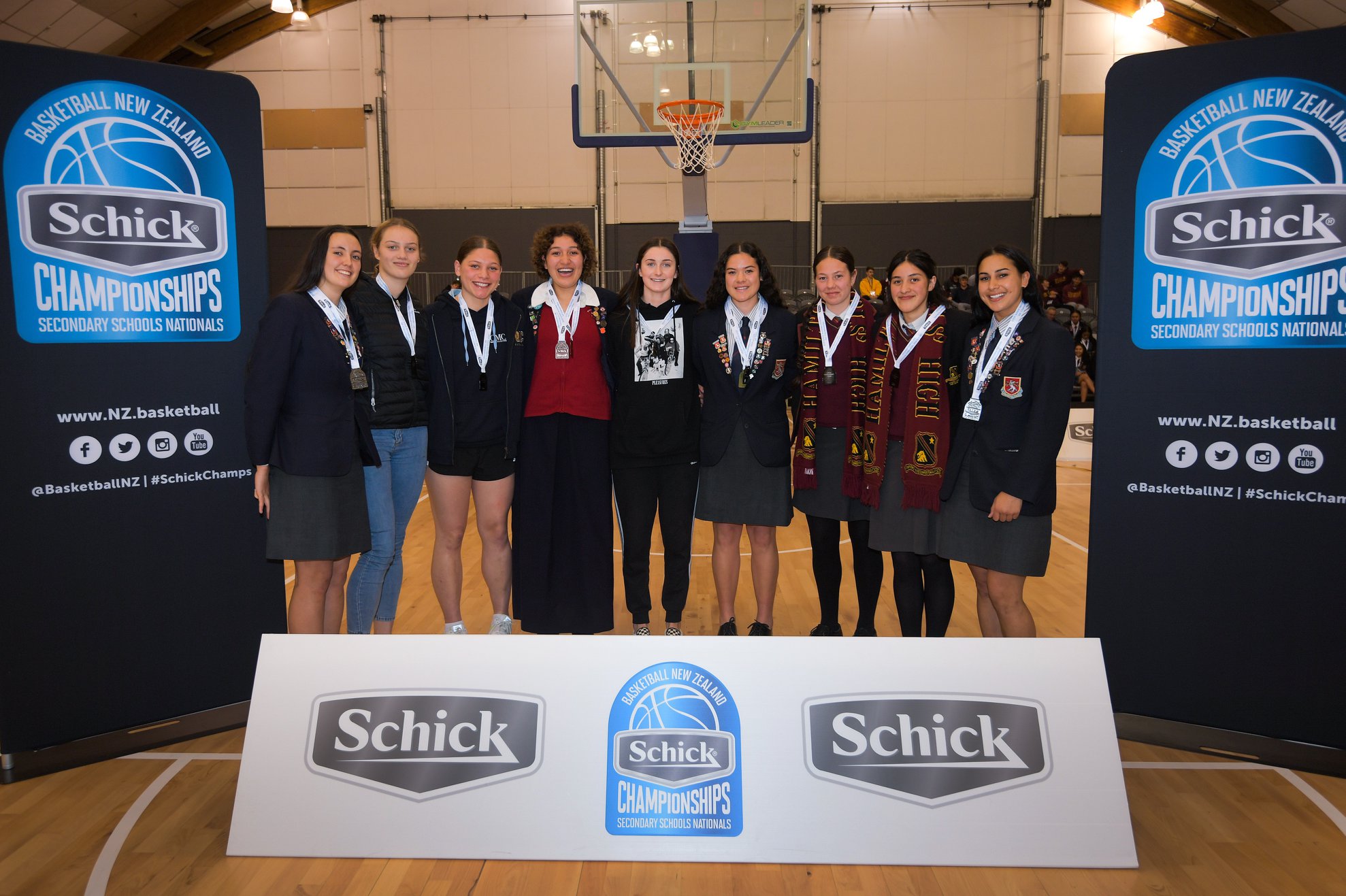