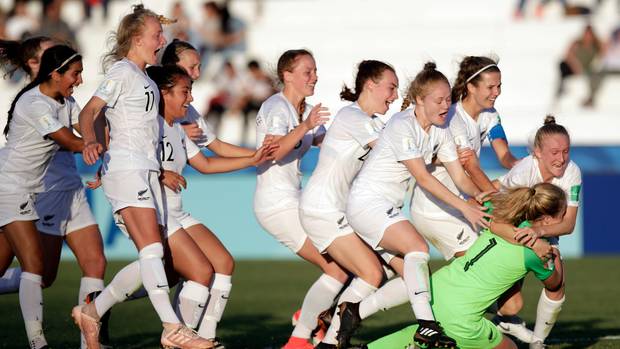 The New Zealand U-17 women’s team has shocked the footballing world by defeating Japan on penalties to make the semifinals of the FIFA U-17 Women’s World Cup – the first time a side from this country has ever made the final four of a FIFA event.

Having earlier become the first team from New Zealand to make the quarter-finals of a World Cup and breaking several other records in the process, coach Leon Birnie and his charges were very much already in unchartered territory as they took to the field at the Estadio Alberto Suppici in Uruguay this morning (NZT).

But they weren’t in any mood to bring their history-making exploits to an end and instead continued the fairy-tale by holding highly-fancied Japan to a 1-1 draw and then finishing the job with a dramatic 4-3 win in the subsequent penalty shoot-out.

CLM Community Sport are facilitating a free forum for coaches inspiring women and girls teams in the South Auckland area next Monday 14 June, 6.30pm to 8.00pm at Manurewa Netball Centre. This...
13 May 2021