Our first Weightlifting Championships was held last weekend on Saturday 22nd May hosted at Functional Strength Olympic and organised by Weightlifting New Zealand .

The event allowed two avenues of participation: New to Sport and Competitive.

The New to Sport category allowed relatively inexperienced athletes to have exposure to the competitive process in a supportive manner; athletes took their attempts in a round robin format and were provided feedback and support to encourage attainment of ‘good’ lifts. Recognition at the end of the session was based on technical execution and successful lifts rather than the weight on the barbell. The referees of this session were very impressed with the athletes involved and proud of all efforts. It was a well-supported session with a great group of very enthusiastic spectators. 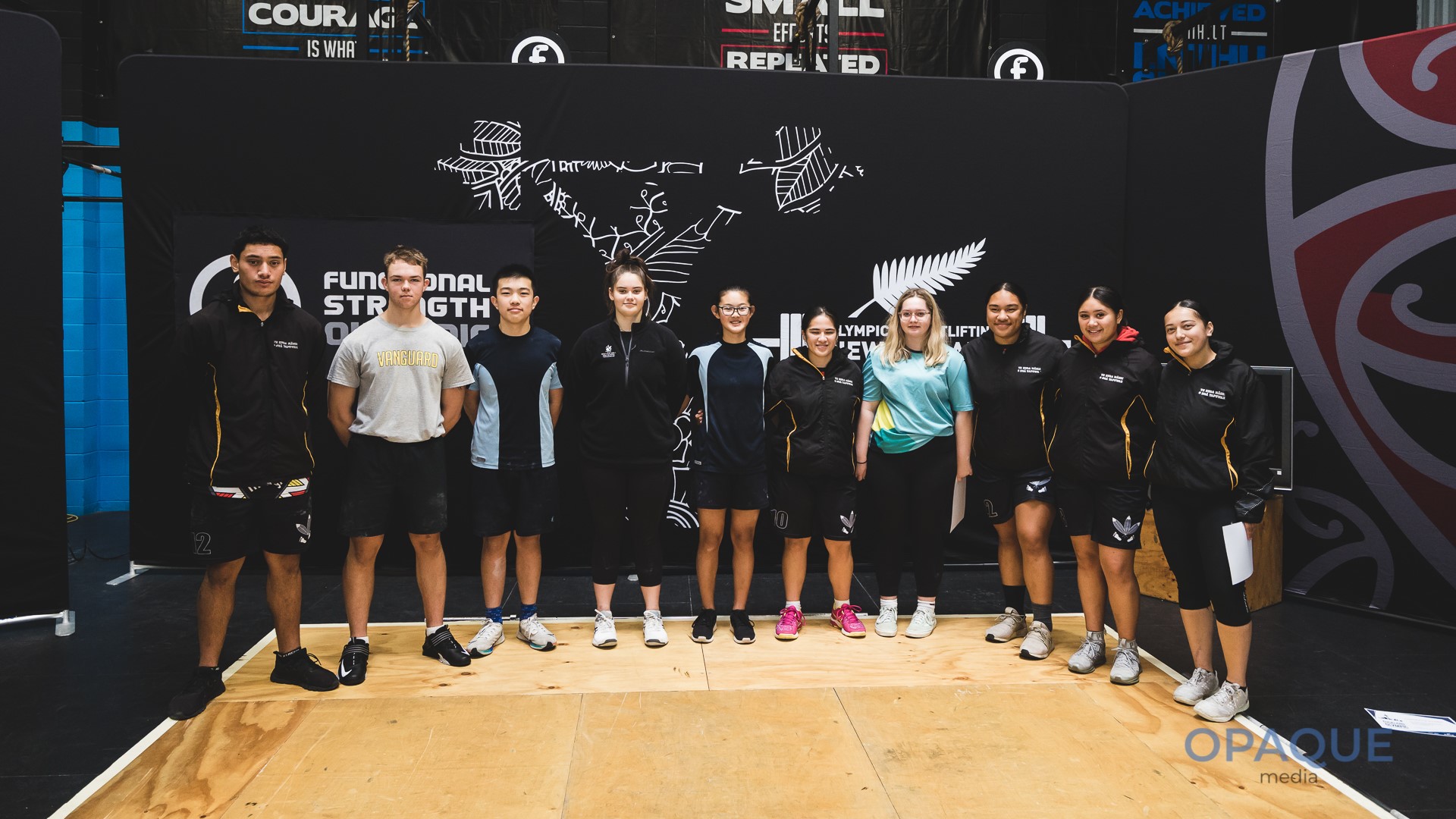 The competitive category operated as a standard Weightlifting competition. Entrant numbers allowed for both a girls and boys session. Three age groups were recognised; 14 and under, 15-16 and over 16, with placings decided on Sinclair Score (to account for different body weights of athletes). A total of 8 New Zealand U15 records were also set by athletes Issys Tobia-Pita (Avondale College; three records girls 76kg class) and Ramsi Edwards (Aorere College; five records girls 81+kg class). 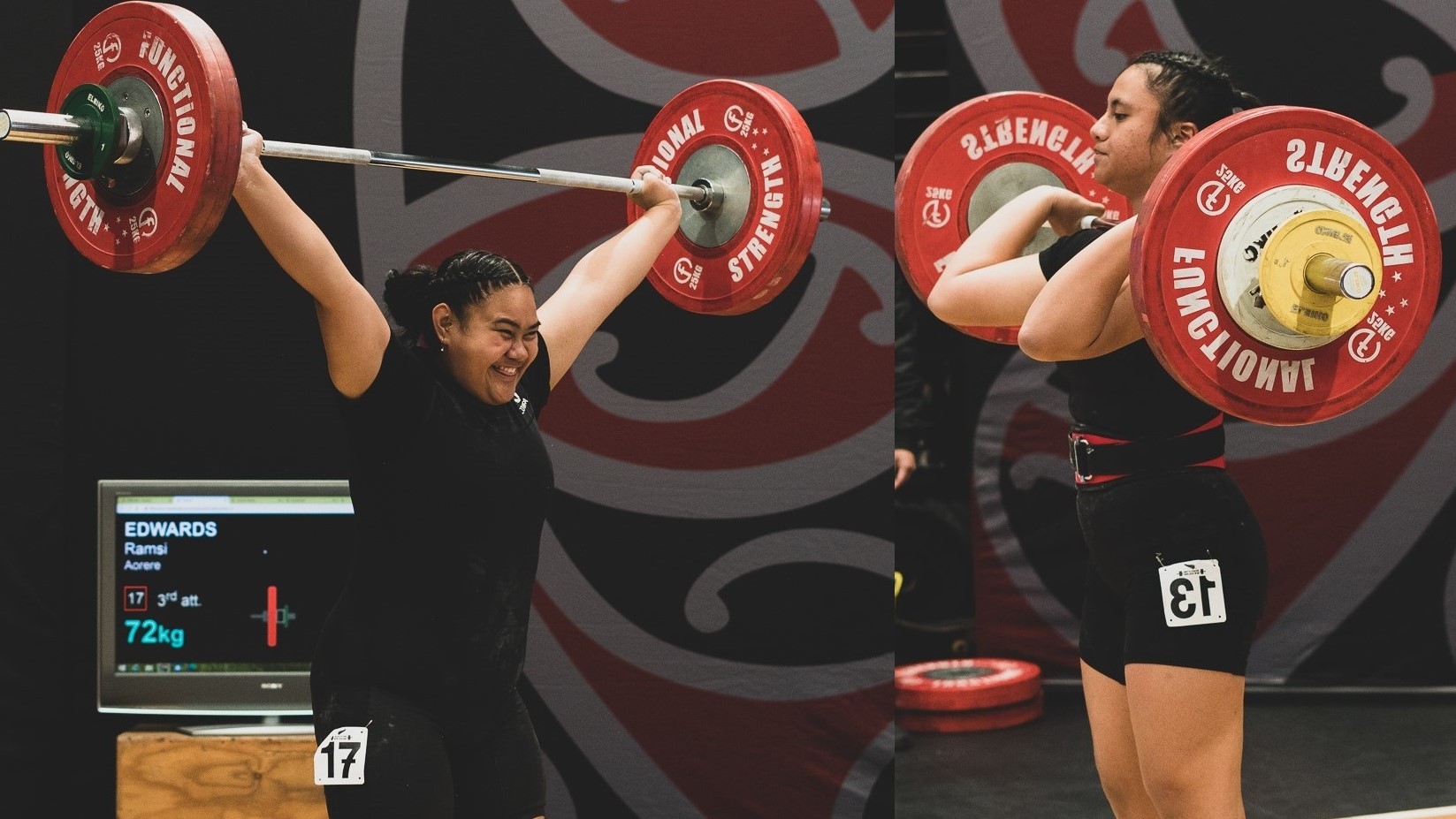 It was a highly successful day with 50 athletes and more than 20 Auckland schools represented. Congratulations to Olivia Selemaia (Sancta Maria College) and Roy Rogers (One Tree Hill College) as the overall top female and male athlete. 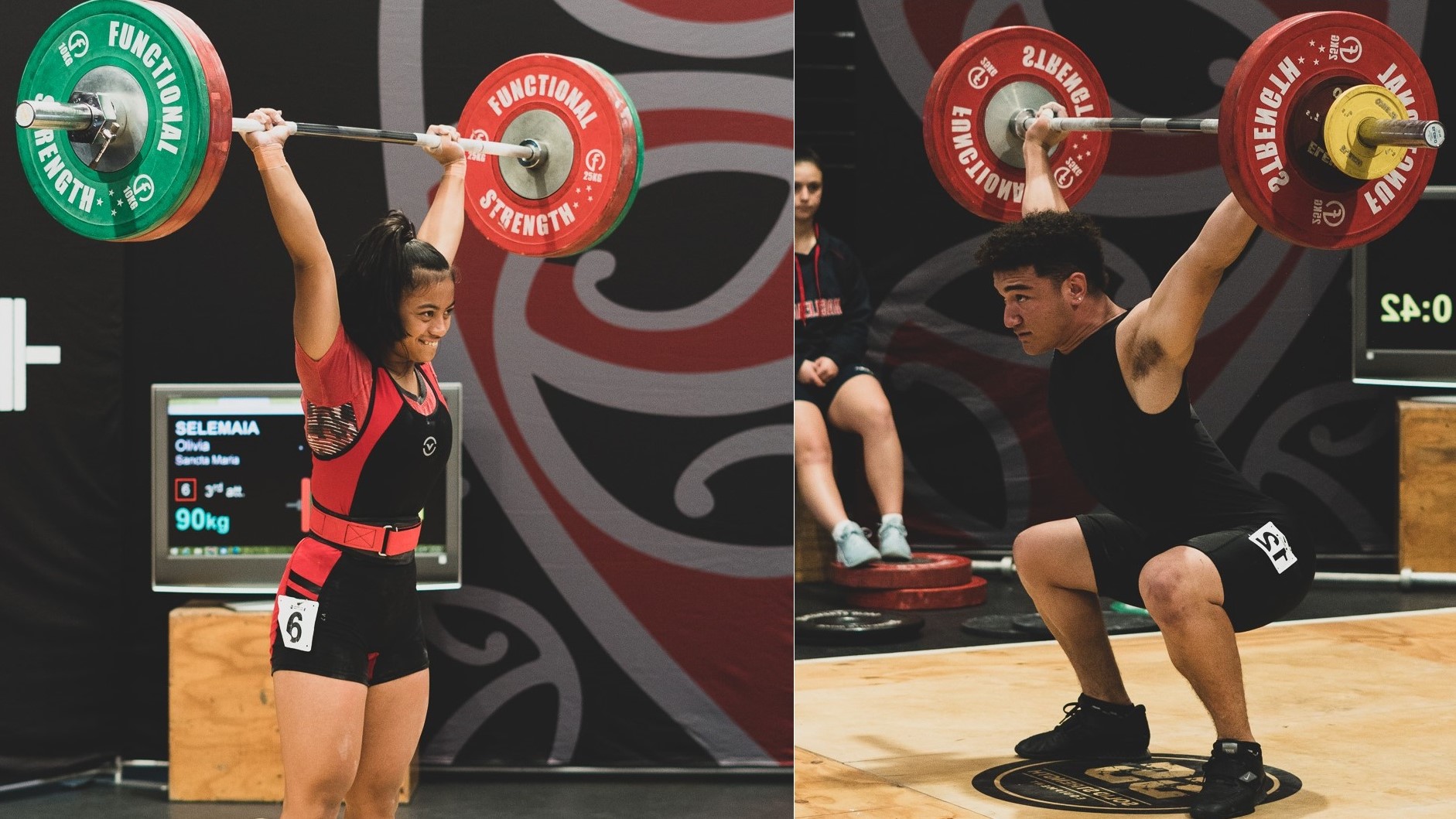 College Sport Auckland along with Weighlifting New Zealand would like to thank the huge amount of support provided for this event, from the athletes, their schools and coaches, their supporters, and to the wider Weightlifting community for their assistance in make the day run smoothly.

We look forward to growing this sport and having more schools and youth athletes involved in this College Sport Auckland competition.

Click the link for the Weightlifting Championship results and check of the LiftLeader Facebook page for event photos by Opaque NZ. 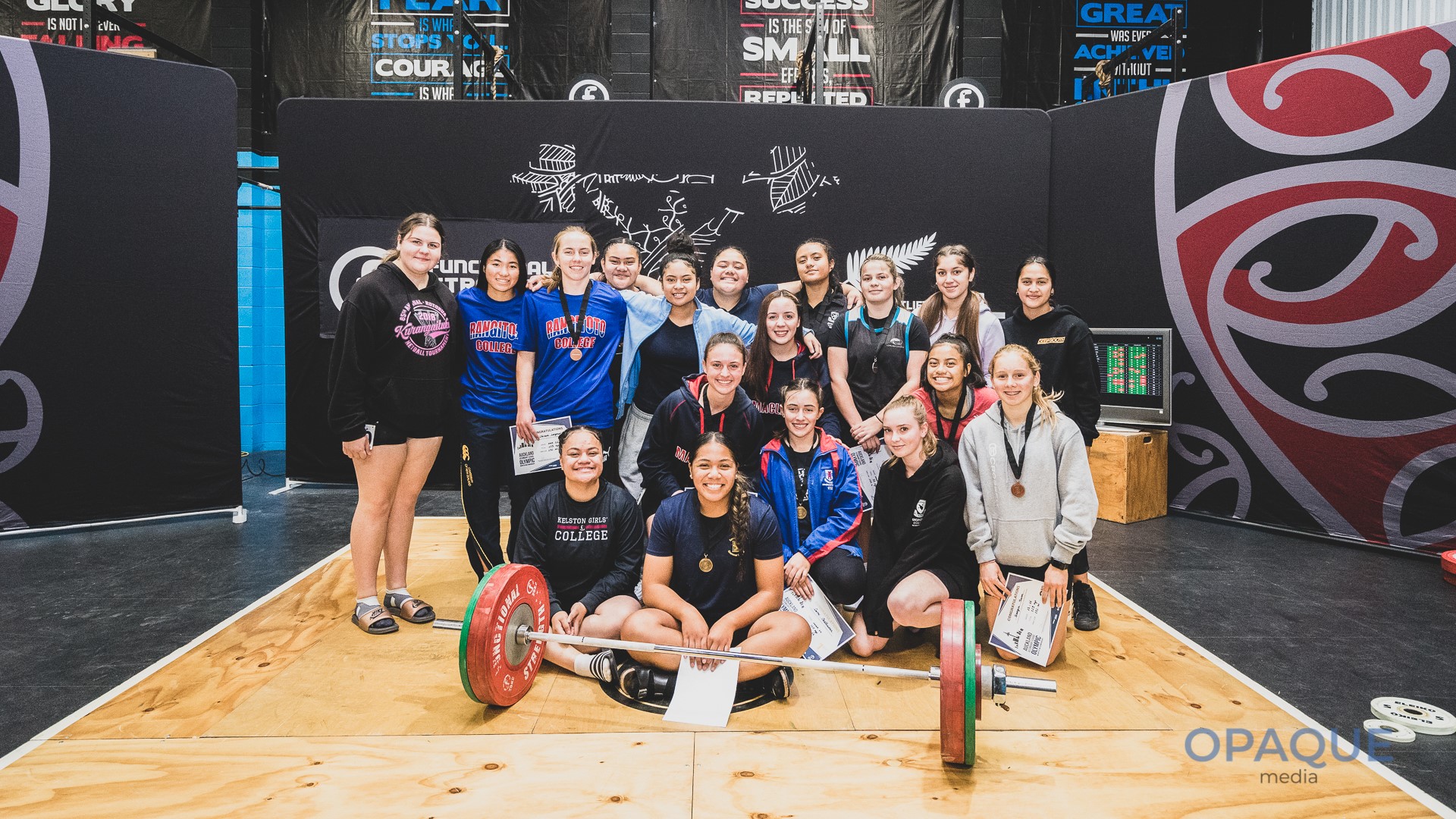 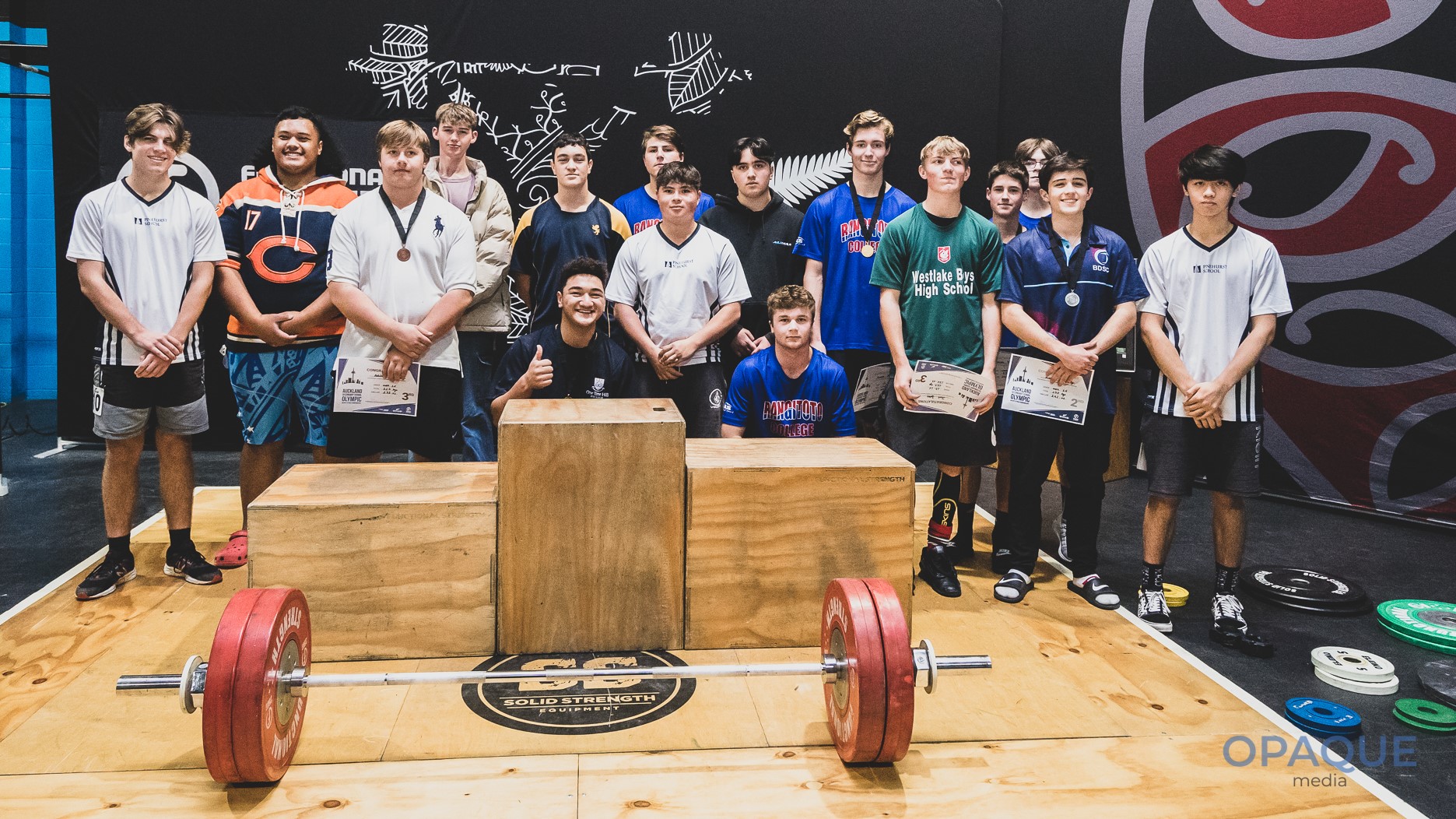