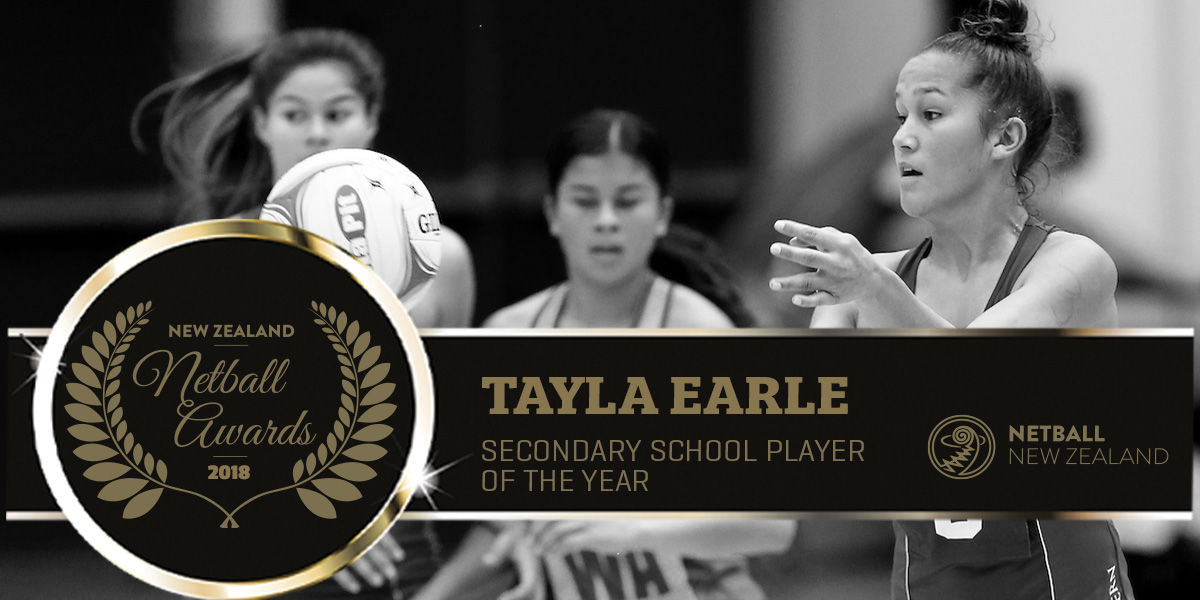 New Zealand Secondary School Player of the Year, Tayla Earle, believes the national tournament has been an ideal launching pad for her blossoming netball career.

And the 18-year-old will find out next year just how well she is prepared for that next step when she suits up for the ANZ Premiership after gaining a contract with the SKYCITY Mystics.

Her signing for next year’s elite domestic league follows three appearances at the Pita Pit NZ Secondary School Championships where she wore the blue dress of Saint Kentigern College.

It is a tournament which Earle, who can seamlessly move between the defensive circle and mid-court, believes has set her up well for a netball career after she leaves school.

“It’s such a good development programme for the young girls coming through,” she said. “I think it’s really beneficial for our growth.”

Earle, who started playing netball when she was 10 years-old, was named New Zealand Secondary Schools Player of the Year at the end of the week-long championships in Timaru.

“It’s a pretty big honour,” she said of the award. “It was a bit of a surprise but I’m grateful for the opportunity to play (at NZSS) for the third time this year.”

The tough tournament week came off the back of representing her country when the New Zealand Secondary Schools team took on England and Australia Under-17 teams in Canberra.

There will be little rest for the talented netballer who will start her build-up for the next stage of her netball career.

Earle, who moved from Rotorua to Auckland at the end of Year 10, said she was now looking forward to joining the Mystics for the ANZ Premiership where she would rub shoulders with Silver Ferns Michaela Sokolich-Beatson and Elisapeta Toeava along with Phoenix Karaka and Bailey Mes.

“It was sort of unreal,” she said of her signing. “It’s been a childhood dream to play with all those Silver Ferns and I’m going to be doing that so I’m super excited and grateful for the opportunity.”

She said her main focus would be on developing her skills, learning from her team-mates and earning game time.