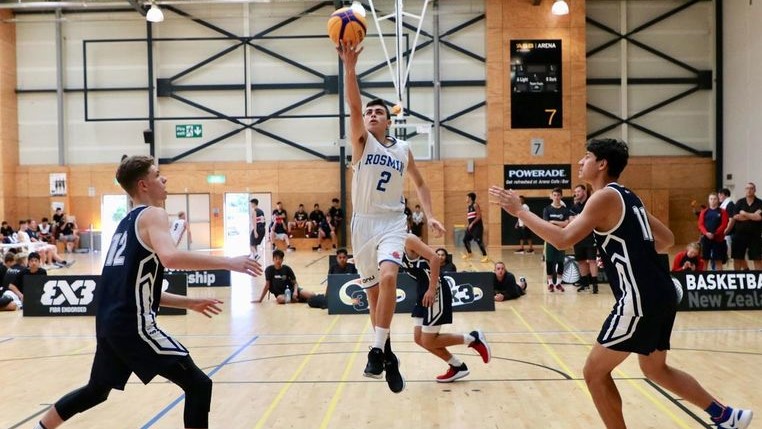 Jayden Boucher asserts he enjoys being a leader. This should come as little surprise when one learns he’s the son of New Zealand basketball great Dillon Boucher.

Jayden is a Year 13 guard at Rosmini College, Auckland – the dominant schoolboy team in New Zealand at present. In 2017, Boucher was a member of Rosmini’s National Championship winning roster and in 2018 Rosmini are Auckland champions, having only dropped a solitary game.

Dillon played a record 422 games in the NBL, winning nine championships and was also involved in four Breakers premierships and many internationals with the Tall Blacks. Was basketball a forced choice for Jayden?

“Dad didn’t mind what sport I played. I actually played football and rugby for a while, but being around basketball all the time made me fall in love with it,” Jayden answered.

The College Sport office phone line is temporarily down. Please email any queries to school.sport@collegesport.co.nz and we will get back to you.
17 January 2022