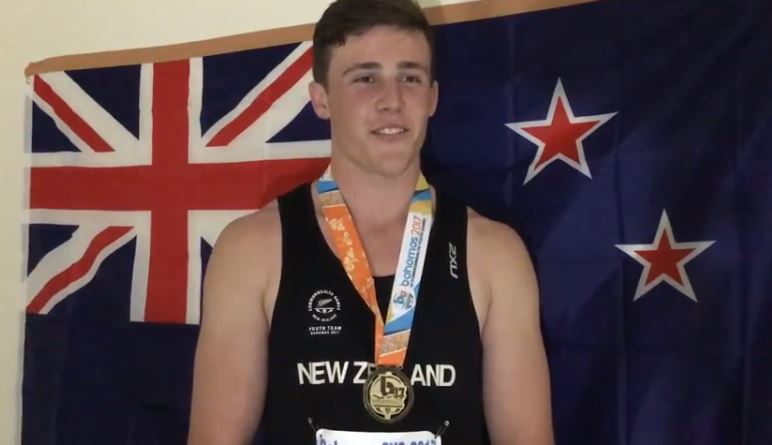 Oppressively hot weather and a largely unsuitable diet wasn’t enough to prevent Connor Bell from reasserting his status as the best Under-18 discus thrower in the World at the Micronesian Athletics Championships in Vanuatu.

The product of Westlake Boys’ High School threw 64.47m in confirming his spot at the Junior Olympics in Argentina in October. If Bell repeats that throw he will break the youth Olympic record.

However Bell wasn’t entirely happy with his performance.

In March this year he won the College Sport Auckland senior discus title by a dozen metres, throwing a meet record 62.33m.